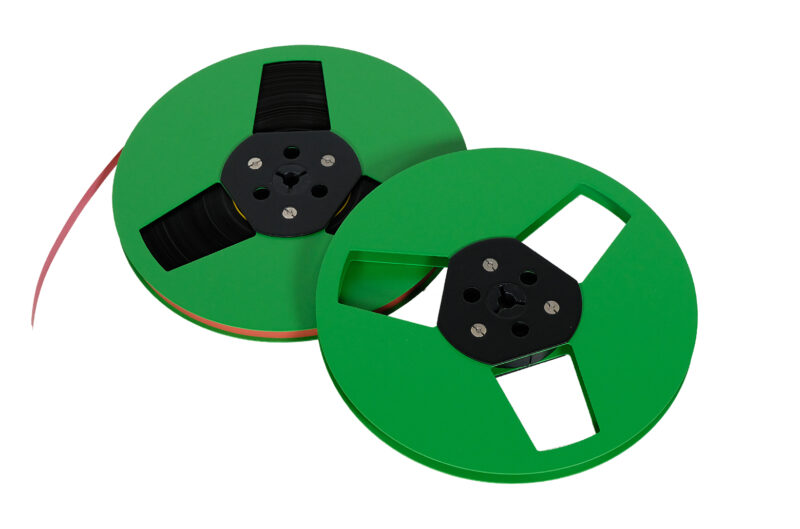 Friedrich Engelhorn was responsible for the launch of the gas plant and street lighting for the Mannheim city council in 1861. The gas plant produced tar as a by-product and Engelhorn could use it to make dyes. For this production, he also needed other chemicals (in particular soda and acids), which is why in 1865 he founded the industrial company BASF (Badische Anilin und Soda Fabrik). More than 125 years later, in 1991, the international chemical group BASF took over the magnetic tape business of Agfa-Gevaert to form BASF Magnetics. In 1996, BASF Magnetics became an independent company, but still 100% owned by BASF Corporation.

One year later, the company changed its name to EMTEC Magnetics after the acquisition by KOHAP, Ltd., a Korean textile company specializing in the production of base film used for magnetic tape. In 1998-2002, all BASF cassette kits (Ferro Extra, Chrome Extra and Chrome Super, as well as Sound 1 and Sound 2 budget tapes) were renamed EMTEC.

And although the company ceased to produce the cassettes in 2005 and the rights to the reels were sold to RMGI, EMTEC continues the production of other media such as USB. BASF’s reel tapes definitely stood out on the market. Unlike Agfa, Ampex and 3M products, they never contained polyurethane, which over time caused the tapes to disintegrate and stick to each other. As a result, competition was no match for BASF’s products in terms of mechanical characteristics. The company was also a regular winner in most consumer tests for its electroacoustic properties. While reel tape was still a studio/ consumer product, BASF used a naming convention that defined the product type. The first two-letter part of the marking described the playback length (e.g., LP – long play, DP – double play), then followed a number for the total thickness of the tape in microns. If the tape was back coated, then an “R” appeared after the first two letters.

In the USA, coated tapes additionally signed at the end as LH (“low noise, high output”) were called Professional. The other two types sold on the US market were a commercial Studio tape with an additional LHS symbol (s for “slower consumer speed”) and a standard Performance tape with no additional symbols. BASF’s “The profi-spools” were made of high-quality aluminum, which keeps them in great condition for decades. The company’s goal was to create a failure-free product with a simple modern form.

The “The profi-spools” are original BASF spools that have been dismantled, cleaned and painted using the automotive wet painting technique.
A set of two. The set also includes original SCOTCH boxes and Revox Professional 601 tape.