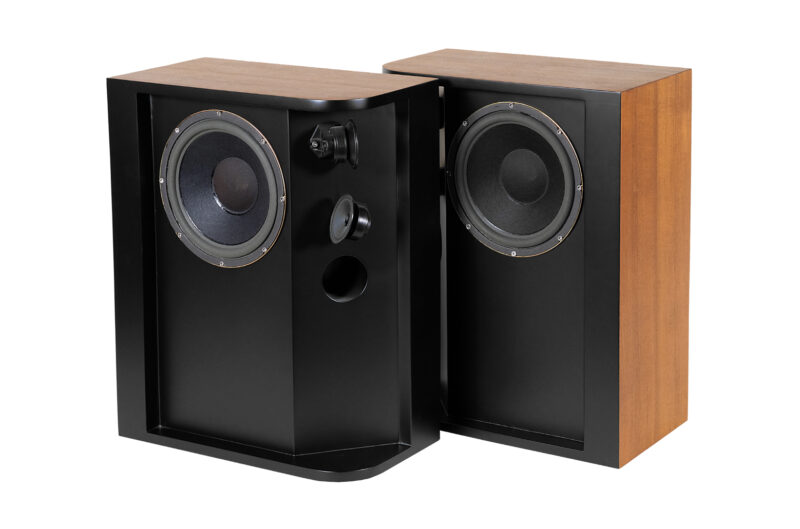 Bose 505 loudspeakers. Classic Vintage. Fully revitalized.
The set is 100% functional, the speakers are in perfect condition.

In the 1940s, Amar Bose, an American teenager of Bengali descent, repaired broken radios in the basement to support his family after his father’s import company collapsed during World War II. In 1953, after receiving the title of electrical engineer at MIT, he joined the group of employees of the famous research laboratory of the electronics department. In 1956, Bose obtained a doctoral degree, and in 1964 he founded Bose Corporation. Although the first high quality product launched to the retail market was a sales failure due to poor marketing, the company never made the same mistake again.

In 1968, the effort put into explaining the new technology and in-store presentations made the 901 speaker commercially successful, and 4 years later Bose began selling its products outside the US and created a department of specialized products targeted at professional musicians. In 1975, due to high quality and affordable price, the Bose 301 Direct / Reflecting speaker became a sales hit. In 1987, Dr. Bose (along with Dr. William R. Short) received the Inventor of the Year Award from the Intellectual Property Owners Education Foundation, and in 2008 an honorary place at the National Inventor Museum in Akron for achievements in the field of sound and the prestigious Red Dot Award for the best designer team in the world. Despite the death of Dr. Amar Bose (aged 83) in 2013, the company is still known and respected around the world as an audio expert.

The 505 is an iconic model of floor monitors characterized by distinctive design and unique precision of sound reproduction. All this has been achieved thanks to the special system reflecting acoustic waves called Direct/Reflecting, patented by Bose’s engineers. This model presents beautiful, analogue soundstage that can almost transfer the listener into a concert hall. The monitors are characterized by intensive, dynamic and descending bass, balanced by natural mid-tones and extremely clear and pleasant trebles.

The enclosures have been completely revitalized. Teak wood adds incredible charm to the speakers. The wood finish is Chinese oil produced from natural oils, as well as natural, turpentine-based beeswax. The wood is very pleasant to the touch. High quality finishing screws. The fronts of the speakers have been cleaned and painted using the automotive wet painting technique. Black varnish was used, protected with colourless satin one. New aluminium legs at the base of the speakers.