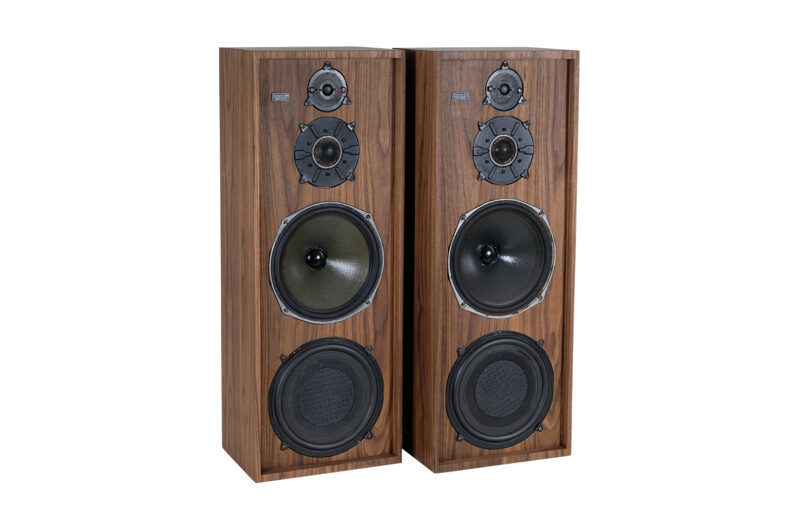 In 1924, in Great Britain, Cyril French together with his brothers Leonard and Edgar founded “The Electrical Manufacturing and Plating Company”, helping Eric Mackintosh improve his invention – one of the first cone speakers. The Celestion speaker was launched in 1925 and was positively reviewed by “Popular Wireless” as “a top class instrument capable of providing high quality performance”. At the end of the 1920s, the company grew intensively, offering luxurious models of turntables. In the early 1930s, Cyril French and Eric Mackintosh left Celestion and in 1935 the company was hit hard by a global recession. The speaker market shifted from large, stand-alone units to small speakers installed inside radio receivers.

During World War II, both Celestion and British Rola (American branch of Rola) limited their production to just one type of speaker. Rola produced its one at Thames Ditton, while Celestion at a factory located in Kingston-upon-Thames. The British Rola took over Celestion Ltd in 1947 and renamed the company to Rola Celestion Ltd. “Celestion” was registered as a trademark. Two years later, Rola Celestion was taken over by Truvox, which intorduced PA systems to the company’s portfolio.

In the 1950s, the production of speakers was around 30 000 to 35 000 pieces per week. In the next decade, the dynamic development of live music market sparked the success of the G12, which was later popularised as a guitar speaker, used by, among others, the Beatles. In 1964, the Ditton 10 was launched, offering the sound quality that was so far reserved only for speakers in large and heavy enclosures. The Ditton 15 arrived 2 years later  and became the best-selling “bookshelf speaker” of its time. In 1979, a new name – Celestion International was adopted for the parent company and all key foreign branches (France, West Germany and the US). Further investment in technology (e.g. scanner and laser application) enabled Celestion engineers to introduce breakthrough solutions in speaker design, many of which have remained a company secret to this day. In 1984, the Sidewinder series of high-performance guitar speakers was presented.

The Ditton 66 is a speaker designed by Celestion in the 1970s according to the highest standards of sound precision. What makes it unique is the exceptionally wide frequency response and low distortion – below 0.7% in bass and midrange at standard listening levels. The elegant and slender silhouette of this model permits maximal enclosure volume with minimal floor space. High frequencies are handled by the HF2000 speaker, midrange by the MD500 with a pressure dome. The combination of the FC12 unit and the 12-inch ABR (Auxiliary Bass Radiator) with precisely damped enclosure gives the Ditton 66 its effective bass. These solutions make an acoustic circuit that runs seamlessly to frequencies well below 40 Hz.

The enclosures have been completely revitalized. American walnut wood adds incredible charm to the speakers. High quality finishing screws. Grilles were cleaned of old coatings and powder coated. The wood finishing is Chinese oil produced from natural oils and natural turpentine-based beeswax. The wood is pleasant to the touch. The set has been fully reviewed and serviced. New terminals.

Included are two speaker cables with a cross-section of  2×2,5 mm and length of 2×5 m
The set is 100% functional, the speakers are in perfect condition.