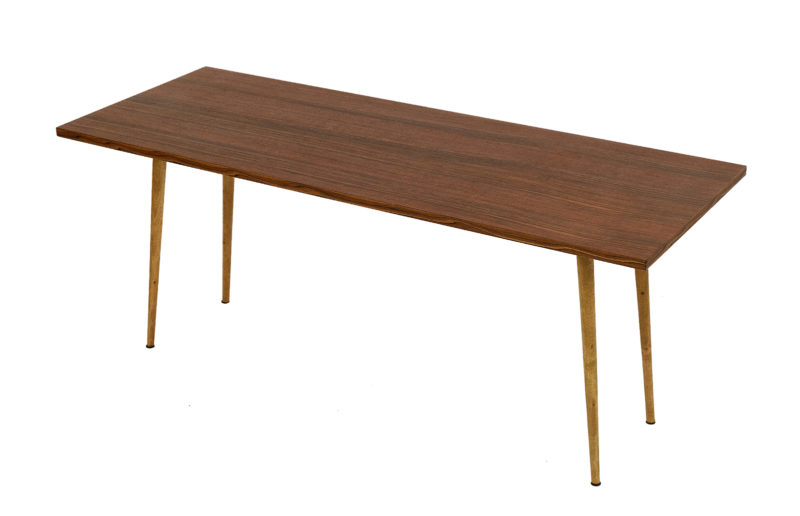 The Furniture Factory in Oborniki was part of the  Association of the Furniture Industry in Poznań – the management body operating in the Polish People’s Republic in the furniture industry in 1950-1981. The company was founded in the 1950s and included plants in Oborniki, Szamotuły and Słonawy. Particularly noteworthy is the Szamotuły factory, whose traditions date back to the 19th century. In 1897, the Koerpel brothers founded a furniture factory, where they produced simple benches and tables. Over time, the factory expanded its production range and operated at Dworcowa Street until 1939 under the name “FURNITURE FACTORY OF THE KOERPEL BROTHERS.”

However, the plant in Słonawy also failed to survive and eventually in 2007 its premises were turned into TAPPOL company, which produced high quality upholstered furniture. The story came full circle when the company opened its branch in the Szamotuły district.

Coffee bench of the PRL era, ‘patyczak’ type, fully revitalized. The bench has been stripped of old paint coatings. Made of exotic JATOBE wood, legs made of beech wood. Protected with environmentally friendly oil produced from natural Chinese oils. Waxed top, water resistant. A solid, stable piece of furniture with legs embedded in metal fittings with the possibility of unscrewing. The metal parts for mounting the legs have been sandblasted and powder painted. Cult bench model of the PRL era.