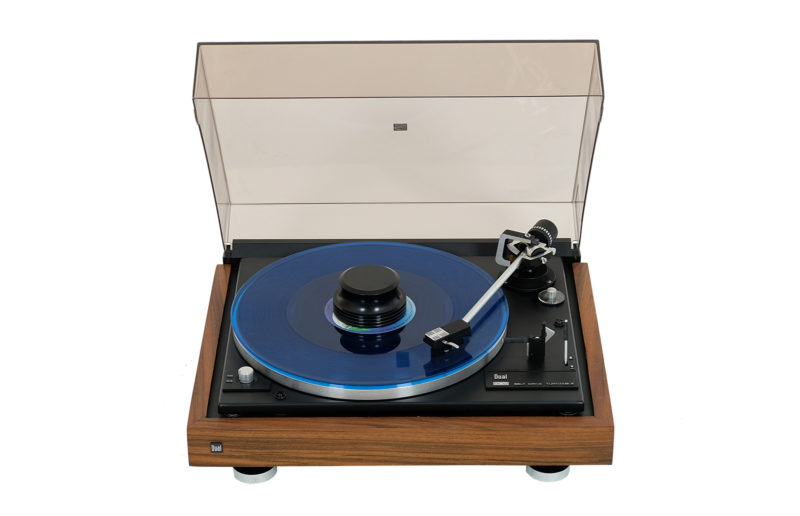 The Dual company was established on February 1st 1907 in Black Forest (Germany) by two brothers, Christian and Joseph Steidinger, as a fine mechanics factory specialising in manufacturing of clockwork and gramophone parts. In 1927, Gebrüder Steidinger changed its name to Dual in reference to the dual-mode power supplies which allowed gramophones to be powered from the mains or with a wind-up mechanism. Soon after, the company began producing turntables of its own. After the Second World War, it became the biggest manufacturer of turntables in Europe. However, Dual, managed by the Germans, did not withstand the Japanese competition and after the bankruptcy in 1982 it was sold to Thomson. In 1988 it was bought by Schneider Rundfunkwerke AG, a German company. Between 1970 and 1990 it also produced other audio and video equipment such as: cassette players, VCRs, CD players etc.

– Dual Phono Gmbh acquired by a company called Alfred Fehrenbacher, which has continued to manufacture turntables in the Black Forest on the same traditional product line. They can be recognised by the CS code.

– Dual DGC Gmbh selling mostly rebranded consumer electronics made in the Far East (including the turntables with the DT code).

For the American market (after the insolvency of Schneider Rundfunkwerke AG in 2001) the right to use Dual brand was bought by a Chinese company called TCL Holdings, which passed it on to a Korean company called Namsung Electronics in 2002. Currently Dual Electronics Corporation manufactures audio, video and GPS equipment to be installed in cars, boats and at home.

Dual CS 502 is a model produced in the mid-70s. It is a fully automatic belt-drive turntable with an 8-pole synchronous motor. What is important, Dual emphasized in its 1977 catalog that the CS 502 turntable is characterized by excellent technical parameters and high performance.

The presented model is equipped with a good quality Shure M 91 ED cartridge and a dedicated elliptical stylus.

The device has been completely checked and serviced.