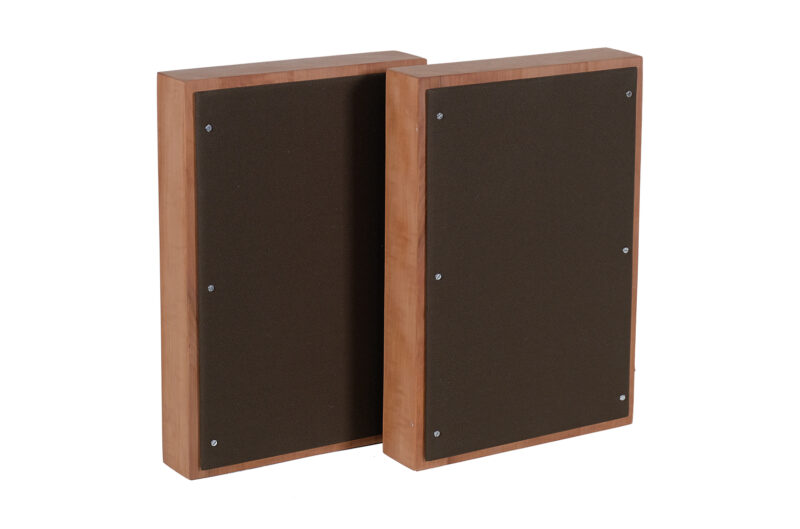 The 70s are unanimously regarded as a golden age for products from the Grundig family. The designs created during this time are characterized by an exceptionally high level of quality, such as the HiFi Box 303 Ma loudspeakers. They attract the listener with natural and coherent sound. Thanks to the rich soundstage the listener can distinguish many details and feel like being at a concert. They are ideal for listening to jazz, swing or blues.

The enclosures have been completely revitalized. Pear wood adds incredible charm to the speakers. High quality finishing screws. New terminals. The wood finish is Chinese oil produced from natural oils, as well as natural, turpentine-based beeswax. The wood is very pleasant to the touch. Grilles made of high quality acoustic fabric.