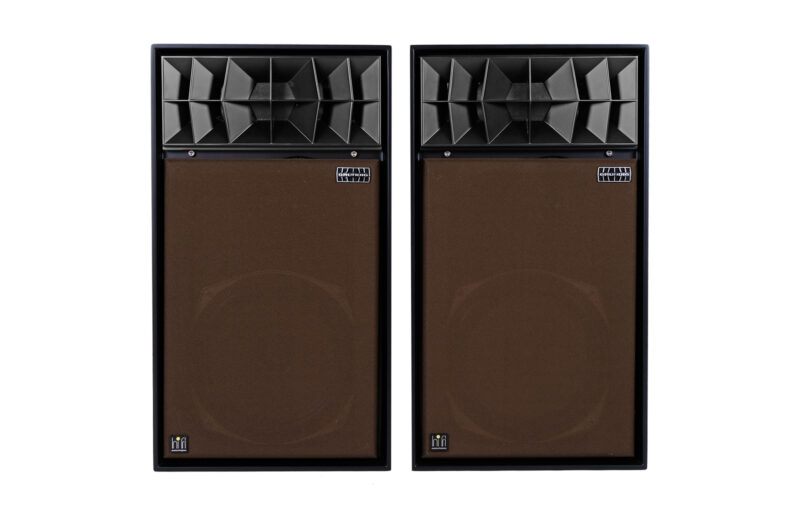 The 70s are unanimously regarded as a golden age for products from the Grundig family. The designs created during this time, such as the HiFi Box 706 loudspeakers, are characterized by an exceptionally high level of quality. The speakers belong to the unique Audioprisma series equipped with a distinctive acoustic lens in the upper front, placed in front of the tweeter. Grundig promoted this model under the slogan “high performance in the smallest enclosure” claiming that the listener “experiencing the amazing sound will forget everything that came before”. The idea was to achieve a fascinating sound effect resembling perfect, surrounding radiation. The speakers themselves remain, so to speak, ‘acoustically invisible’.

The sound is extremely natural and coherent. It is based on a soft, descending bass, balanced midrange and delicate treble. The rich soundstage displays all details and nuances.

The enclosures have been completely revitalized. Walnut wood adds incredible charm to the speakers. High quality finishing screws. The capacitors in the crossover have been replaced. New terminals. The fronts of the speakers and selected elements have been painted using the automotive wet painting technique. The wood finish is Chinese oil produced from natural oils, as well as turpentine-based beeswax. The wood is very pleasant to the touch. Grilles made of high quality acoustic fabric.