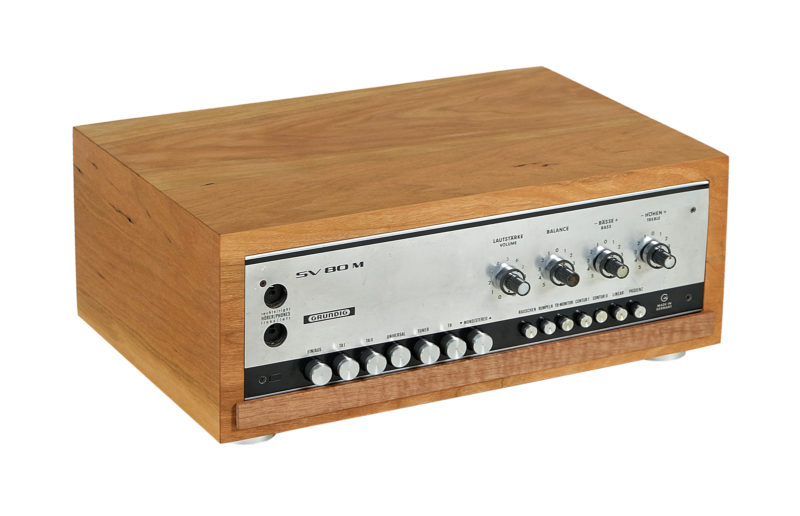 TURN DOWN THE VOLUME POTENTIOMETER BEFORE TURNING OFF THE AMPLIFIER !

The SV 80 is the second transistor amplifier launched by Grundig, produced since 1966, first with an acrylic glass front panel, and then since 1967 with an aluminum one (SV 80 M). Since this particular model turned out to be high-quality and reliable audio equipment, it was eagerly used in nightclubs in federal Germany.

The SV 80 works great with analog sources such as: turntables, tape recorders, tuners. The sound is “fat”, full and warm, or even round, thanks to the use of germanium transistors. The sound is similar to tube devices.

The device has been equipped with a new enclosure matching the design, made of Canadian maple wood and finishing in Chinese oil produced from natural oils, the metal elements were sandblasted and painted using the automotive wet painting technique. Potentiometers in perfect condition.

The device has been fully reviewed and serviced.
Collector’s item. The device is in perfect condition!