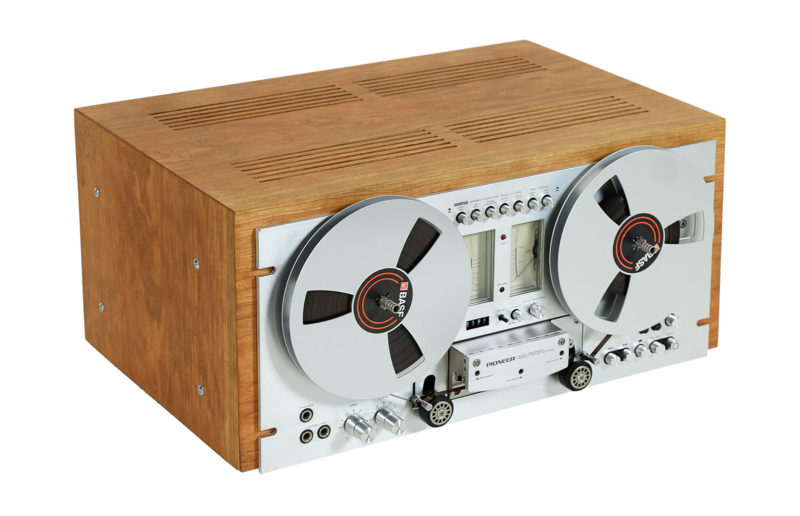 In 1937 Nozomu Matsumoto created the first magnetoelectric speaker in Japan, and a year later, in Tokyo, he registered the company under the name Fukuin Shokai Denki Seisakusho. In 1961, the company’s name was changed to Pioneer Electronic Corporation. However, the breakthrough came in 1962, when the company entered the Tokyo Stock Exchange and created the world’s first stereo system with speakers in separate housings. Four years later, Pioneer opened branches in the USA and in Europe. In 1978, the company created one of the best-known and most powerful receivers in its history SX-1980. Pioneer can also be proud of great successes in the world of auto-moto, as it introduced in 1975 the world’s first automotive stereo subassembly, then in 1984 a CD player and GPS navigation in 1990. The company also played a major role in the development of DVDs, plasma TVs and technologies Organic LED display (OLED). The company is currently part of Pioneer & Onkyo Corporation.

Pioneer RT-707 is a later very well-known version of the classic and respected RT-701 model. RT-707, like its predecessor, is distinguished by a rich variety of sounds and high-quality audio, a beautiful minimalistic enclosure and reliable electronics and mechanics. It is also equipped with, among others, auto-reverse and independent L / R recording switches. When Pioneer described its product at the turn of the 70s and 80s it emphasized that RT-707 “sounds as good as it looks”. After its launch, Stereo Review magazine wrote (after intensive testing of the device): “Pioneer RT-707 sounded as good as its excellent parameters suggested, and was also an easy-to-use device. At 7 1/2 ips, it seemed to be essentially equivalent to many other high quality (and much more expensive) open reel-to-reel tape recorders designed for home use. ”

The presented version of RT 707 is a model in a metal enclosure. The metal parts of it have been cleaned and painted using the automotive wet painting technique. Metal enclosure included with the tape recorder. The new wooden enclosure was built from scratch based on original designs from the 70s. American cherry wood was used and the upper element was CNC milled. The wood finish is Chinese oil produced from natural oils.

The device has been fully reviewed and serviced.

Collector’s item. The device is in perfect condition!