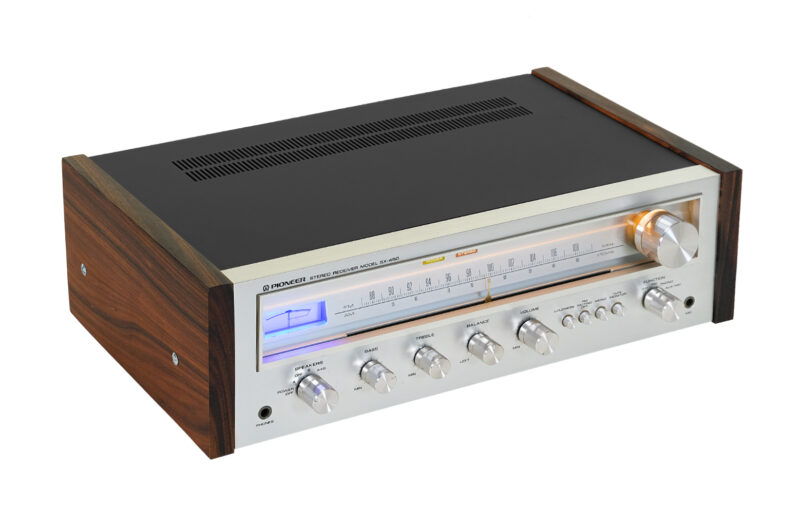 TURN THE VOLUME POTENTIOMETER DOWN BEFORE TURNING THE AMPLIFIER OFF!

In 1937 Nozomu Matsumoto created the first magnetoelectric speaker in Japan, and a year later, in Tokyo, he registered the company under the name Fukuin Shokai Denki Seisakusho. In 1961, the company’s name was changed to Pioneer Electronic Corporation. However, the breakthrough came in 1962, when the company entered the Tokyo Stock Exchange and created the world’s first stereo system with speakers in separate housings. Four years later, Pioneer opened branches in the USA and in Europe. In 1978, the company created one of the best-known and most powerful receivers in its history SX-1980. Pioneer can also be proud of great successes in the world of auto-moto, as it introduced in 1975 the world’s first automotive stereo subassembly, then in 1984 a CD player and GPS navigation in 1990. The company also played a major role in the development of DVDs, plasma TVs and technologies Organic LED display (OLED). The company is currently part of Pioneer & Onkyo Corporation.

The SX series are Pioneer’s flagship children from the 1970s. They are characterized by a beautiful warm sound and a high-quality finish. This unit uses a direct coupled OCL system in a power amplifier with the first stage of a differential amplifier. Metal elements of the enclosure have been sandblasted and painted using the automotive wet painting technique., potentiometers are in perfect condition, beautifully made new rodewood wood planks make the set look elegant. The wood finish is Chinese oil produced from natural oils and natural turpentine-based beeswax.
Beautifully highlighted scale, no re-tuning required. The front panel is made from brushed aluminum. The device has been fully reviewed and serviced, equipped with new aluminum legs. New blue – orange illumination of the front panel. Collector’s model. The item is in perfect!