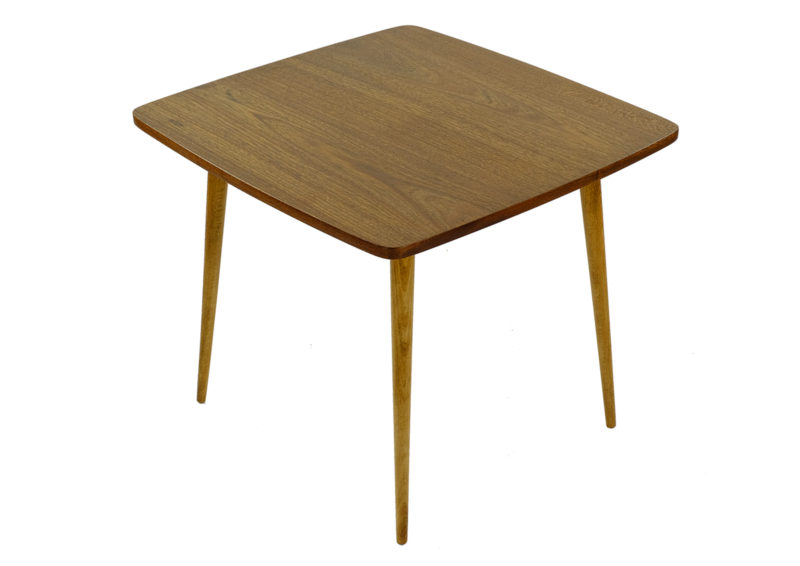 Once the legendary furniture factory in Szamotuły, historically associated with the respected German family Koerpel, became a part of a bigger company located in Oborniki. Wielkopolskie Fabryki Mebli experienced mass redundancies. While the town was coming to terms with it, the factory opened a branch in Słonawy. Some employees found work at the new site. However, a few years later one of the oldest and biggest Polish furniture makers went bankrupt and it seemed like the furniture industry was to disappear from the region. Sometime after Tappol, which had its site in Słonawy where the old Wielkopolskie Fabryki Mebli used to be, opened a new site in the Szamotuły region. And so a new chapter in the longstanding tradition of furniture making in the region had been opened.

PRL atomic coffee table (bench), fully revitalised. The old varnish coats have been fully removed. The bench has been covered with mahogany veneer, the legs are made of beech. Treated with Chinese natural and eco-friendly oil. The top has been waxed, made waterproof. Solid piece of furniture, detachable wooden legs. Cult coffee table from the Polish People’s Republic era.