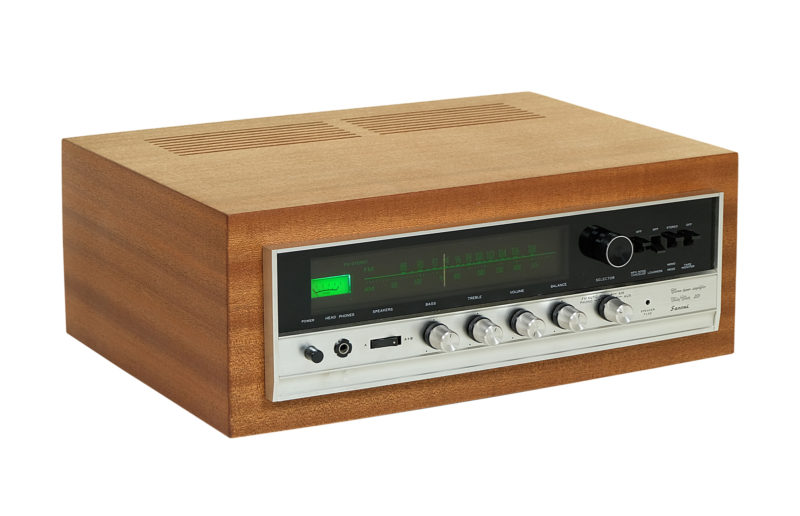 TURN DOWN THE VOLUME POTENTIOMETER BEFORE SWITCHING OFF THE RECEIVER!

Sansui Electric Co., Ltd. was founded in 1947 as a manufacturer of transformers, but already in the 1960s it gained a reputation as a serious producer of audio components. Despite its huge popularity (especially in the United States) in the 60s and 70s, after 1985 the company began to bring much less profits than its rivals (Sony, Pioneer or Technics). It was the end of the heyday of hi-end equipment, which was related to an increase in sales of personal computers. At that time, Sansui Electric Co., Ltd. focused on the production of high-end components in Japan, and also started to produce high quality TV sets and other video equipment, while stopping exports. At the end of the 90s, the brand name was used on video devices manufactured by other companies.

Eventually, Sansui Electric Co., Ltd. as part of Grande Holdings went bankrupt in 2014. It is worth noting that Sansui was the first company to use transformers in audio equipment, and first to introduce to the market a high-voltage tube-transistor (hybrid) amplifier and a QS / RM system (Quadrasonic System / Regular Matrix), which allowed to obtain four-channel sound from two-channel one.

Sansui products already in the 60s were world-famous for their great quality of sound engineering, great design and the highest performance. This was possible mainly because each model was created from start to finish by Sansui experts. Only the best parts were used in production to ensure uniform and highest quality, and each device was repeatedly checked with the most accurate measuring instruments before it reached the customer. Thanks to this approach, Sansui Solid State receivers were characterized by low interference parameters, higher damping factors, greater dynamics, and above all, much better sensitivity and selectivity.

The Solid State 350 is a receiver that, despite its small size, impresses with a beautiful, warm sound and an extremely rich sounstage, just like class A receivers.

The model has been equipped with a new, enlarged enclosure made of exotic sapelli wood, which emphasizes its beautiful design, characteristic of the 70s. The wood finish is Chinese oil produced from natural oils. Potentiometers in perfect condition. The device has been reviewed and serviced.