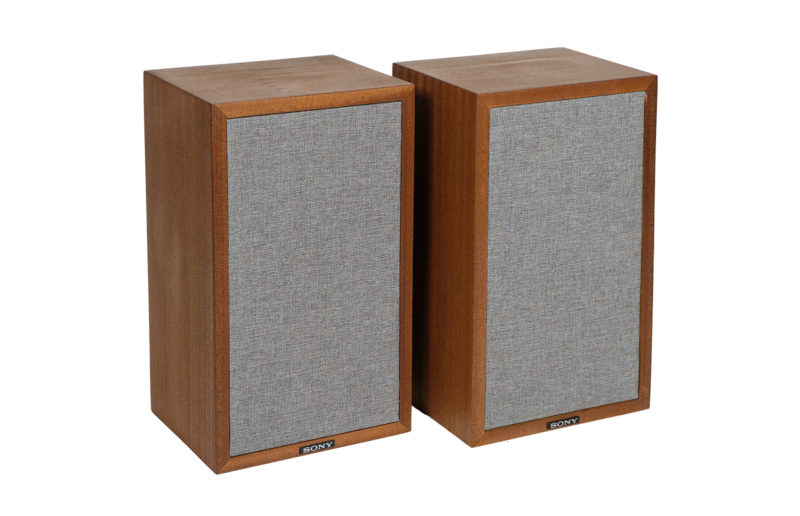 Sony SS-610 loudspeakers. Classic Vintage. Fully revitalized.
The set is 100% functional, the speakers are in perfect condition.
Price for the set.

The company was established by Masaru Ibuka and Akio Morita in Tokyo in 1946 as Tokyo Tsushin Kenkyu-jo Research Institute, initialy providing service. A year later, it was transformed into a company called Tokyo Tsushin Kogyo Kabushiki Kaisha (abbreviated Totsuko), whose main purpose was the production of telecommunications equipment and voltmeters. The 50’s turned out to be crucial for the company. At that time, a tape recorder and transistor radio were created, and in 1955 a decision was made to use the SONY logo on Totsuko products. The name came from the Latin word “sonus” – sound and “sonny boy” – used in the US to describe a little boy. The 1960s were a period of rapid development and international expansion for the company. Then also TA-1120 was created, which is the world’s first stereo receiver based on silicon transistors. In 1979, the iconic SONY product appeared on the market, a portable “walkman” cassette player. In the following decades, the company also introduced and promoted trademarks such as discman, trinitron and playstation.
The company’s rapid growth has boosted sales and reputation. In 1960, the decision was made to open the first foreign branches in the USA and Switzerland, making Sony become a true international corporation.

The Sony SS-610 are speakers from the first half of the 1970s. They are distinguished by an exceptionally natural sound in which you can capture even the smallest detail. This model is ideal for tube amplifiers. Thanks to their unusual characteristics, the listener has the impression of being in a live concert, which is why we recommend these speakers especially to enthusiasts of jazz and classical music.

The enclosures have been completely revitalized. Exotic sapelli wood adds incredible charm to the speakers. The wood is finished with Chinese oil produced from natural oils. The wood is very pleasant to the touch. New grilles made of high-quality fabric.

Included are two speaker cables with a cross section of 2 × 2.5mm – length 2x5m

The set is 100% functional, the speakers are in perfect condition.